To share your memory on the wall of Barbara Parrish, sign in using one of the following options:

Barbara was born in Jackson, Mississippi, on January 18, 1955. She graduated from New Hebron High School and continued on to receive a degree in Music Education from the University of Southern Mississippi (USM) in 1976.

Barbara was married to Milton Parrish on March 18, 1978; they were married for 42 years.
After graduating from USM, Barbara began teaching English and Music at Central Holmes Academy in Lexington, where she met Milton. Together, they built a family farm and raised three cherished children: Caroline, Daniel, and Drew. Over the years, Barbara was a homemaker, bookkeeper for the family farm, and music teacher. She also taught adult classes for local industries.

Barbara was incredibly creative and enjoyed all things artistic. She played multiple instruments and served as the Organist for the FUMC for many years. Additionally, she directed a community choir, The Preservation Singers, which performed in the community for several years.

At the age of 50, Barbara began painting, and she became an accomplished artist over the past 15 years, showing her works in juried shows across the state. Her primary subject was landscape art, and her constant and beloved source of inspiration was the family farm in the Mississippi Delta and her home in Acona. Barbara was also an active member of the Mississippi Oil Painters Association, and for the past several years, she taught weekly oil painting lessons in Lexington. Barbara served on the board of the Holmes County Arts Council and contributed to the success of countless community events through this organization.

All her life, Barbara enjoyed healthy competition and a good card game. She was an enthusiastic bridge player and loved her weekly games with multiple groups of friends.
Barbara is survived by her husband, Milton; her children Caroline Haselden (Stuart); Daniel Parrish (Sarah) and Drew Parrish (Madeline); her brothers Tommy Little and Charlie Little (Jan); and eight grandchildren (Parrish Ann, Sally, Martin, Christian, Barry, Beverly, Dorothy, and Ann Cooper) who love and know her as Babs.

Barbara is preceded in death by her parents Dorothy and Charles Little of New Hebron, Mississippi.

In lieu of flowers, the family request memorial donations be made to the Stennis Wells Memorial Gynecologic Oncology Fund at UMMC. Donations can be made online at umc.edu/givenow or by mail to UMMC Development Accounting, 2500 North State Street, Jackson, MS 39216. Donations may also be made to the First United Methodist Church in Lexington, 107 Tchula Street, Lexington, MS 39095.

The family of Barbara Parrish wishes to thank Dr. Mildred Ridgeway and her staff for all their support, especially Bethany Sabins and Jana Neeley.
Read Less

To send flowers to the family or plant a tree in memory of Barbara Little Parrish, please visit our Heartfelt Sympathies Store.

We encourage you to share your most beloved memories of Barbara here, so that the family and other loved ones can always see it. You can upload cherished photographs, or share your favorite stories, and can even comment on those shared by others.

Posted Jun 26, 2020 at 11:15am
I want to send my heartfelt condolences to Barbara's family and friends. Barbara was truly one of the finest people I have known. I learned quickly the depth of her substance. She made this world a better place with thoughtfulness, wisdom and talent and will truly be missed. Marla Harbor Ridgeland, MS
Comment Share
Share via:
HS

Flowers were purchased for the family of Barbara Parrish. Send Flowers

Vivid Recollections was purchased for the family of Barbara Parrish. Send Flowers 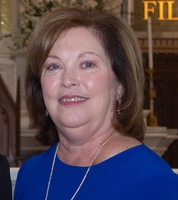