To share your memory on the wall of James Killebrew, sign in using one of the following options:

James Edward or Killdee as he was known to his friends since... Read More
James Edward Killebrew born November 20th, 1942 to the late James Wilson Killebrew and Nora Laurie Stricklin Killebrew. Died August 8th, 2020 from an injury on his cattle farm.

James Edward or Killdee as he was known to his friends since high school, was a proud and loving husband, father, grandfather, great-grandfather, brother and brother-in-law. His wife of fifty-eight years, Peggy Jo White Killebrew loved him and cared for him well. He had four children Tamara Jo Killebrew Merchant & Paul of Sidon, James Thad and Kelly Montone Killebrew of Lexington, John Travis and Joyce Spencer Killebrew of Lexington, and Carrie Rose Cheatham and Swayze of Yazoo City. James especially loved his four grandchildren: James Benjamin Killebrew and Olivia of Eden, Jacob Vincent Killebrew and Meri Stewart of Belzoni, Gabrielle Nicole Merchant-Boutwell and Trent of Satartia, and Nora Katherine Cheatham. He also had two wonderful great-grandchildren John Wyatt Killebrew and Jacob Wilson Killebrew. James had four siblings: Mary Ann Diffey (Choyce), Peggy Leflore, Larry Killebrew (Mary), and Jan Pullen (Ricky). James had many friends and co-workers over the years but one of the many was someone who lived on the farm and his children grew up knowing and considered family was Tommy Burns.

Mr. Killebrew was an aspiring businessman, farmer and writer by hobby. He began farming cattle as a child with his father in Coxburg. He then moved on to farming cotton at the age of 14 growing cotton and winning an award in FFA. He helped to grow his surrounding communities by starting many businesses. He saw a need for a feed store in Lexington, after the Co-op’s closing and 1982 he opened Central Mississippi Farm Supply. This was later sold and was renamed Lexington Farm Supply. In 1985, he began Delta Fertilizer & Lime Company. In 1993, it was sold and is now Sanders in Tchula. In 2002, there was a need met for selling and transporting cotton seed, so Tchula Company was started. With the help of others, it was run until 2006 when it was sold. All the while when James was running these businesses, he continued to run the Holmes Bonded Gin & Warehouse as president since September 1985 until his death. He also continued to run a small cotton farming operation and worked his cattle.

He received many awards for serving his community. These included: Farmer of the Year 1994-1995, Ginner of the Year 2011, ASCS Committee 1981-1990, school board Cruger Tchula Academy 1980-1981, school board Central Holmes Christian School several years, Delta Council, President of Southern Ginners Association 2003-2004, Country Club Board, Buyer for champion animals in the Dixie National, President of the Farm Bureau.

Services for James Edward Killebrew were held Monday, August 10, 2020. There was a drive through visitation at Oregon Memorial Church and a graveside service was held at Coxburg Methodist. Pall Bearers were his beloved nephews.

To send flowers to the family or plant a tree in memory of James Edward Killebrew, please visit our Heartfelt Sympathies Store.

We encourage you to share your most beloved memories of James here, so that the family and other loved ones can always see it. You can upload cherished photographs, or share your favorite stories, and can even comment on those shared by others.

Posted Aug 10, 2020 at 08:58am
Mike and I are so very sorry for your loss and pray that God will fill you with His perfect peace. Debbie Braswell
Comment Share
Share via:
MC

Posted Aug 09, 2020 at 08:09pm
My sincere sympathies for the family of James Edward. May God comfort you all and give you peace. He was a classmate and friend.
Comment Share
Share via:
HS

Large Basket Garden was purchased for the family of James Killebrew. Send Flowers 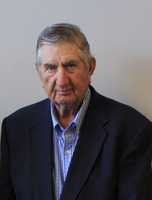