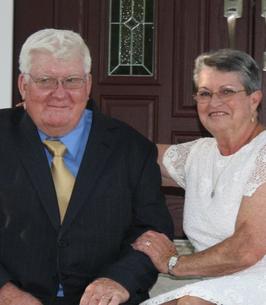 Madelyn Carol Harthcock Spell went to her heavenly home on May 22, 2022.

Madelyn was a member of Antioch Baptist Church where she had served as church secretary for several years. She retired from Holmes County Bank in 2012 after working for 45 years. She also worked as a secretary for the Harland Creek Community Water Association for a number of years.

She was a loving mother, grandmother, great grandmother, and sister. She has been reunited with her late husband, William L. Spell, (Bubba). They were married for 52 years before his untimely death in 2014. She was preceded in death by her parents, Clyde and Dorothy Harthcock, brothers Clyde and Aaron Harthcock, and sister Clara Helm.

Visitation will be on Wednesday, May 25, 2022 at 1:00 p.m. at the Southern Funeral Home Chapel with services at the chapel at 3:00 p.m. Burial will follow at Antioch Cemetery. Bro. Mac Ables and Bro. Joe McGraw will officiate.

All rights reserved. This obituary is also archived at obittree.com